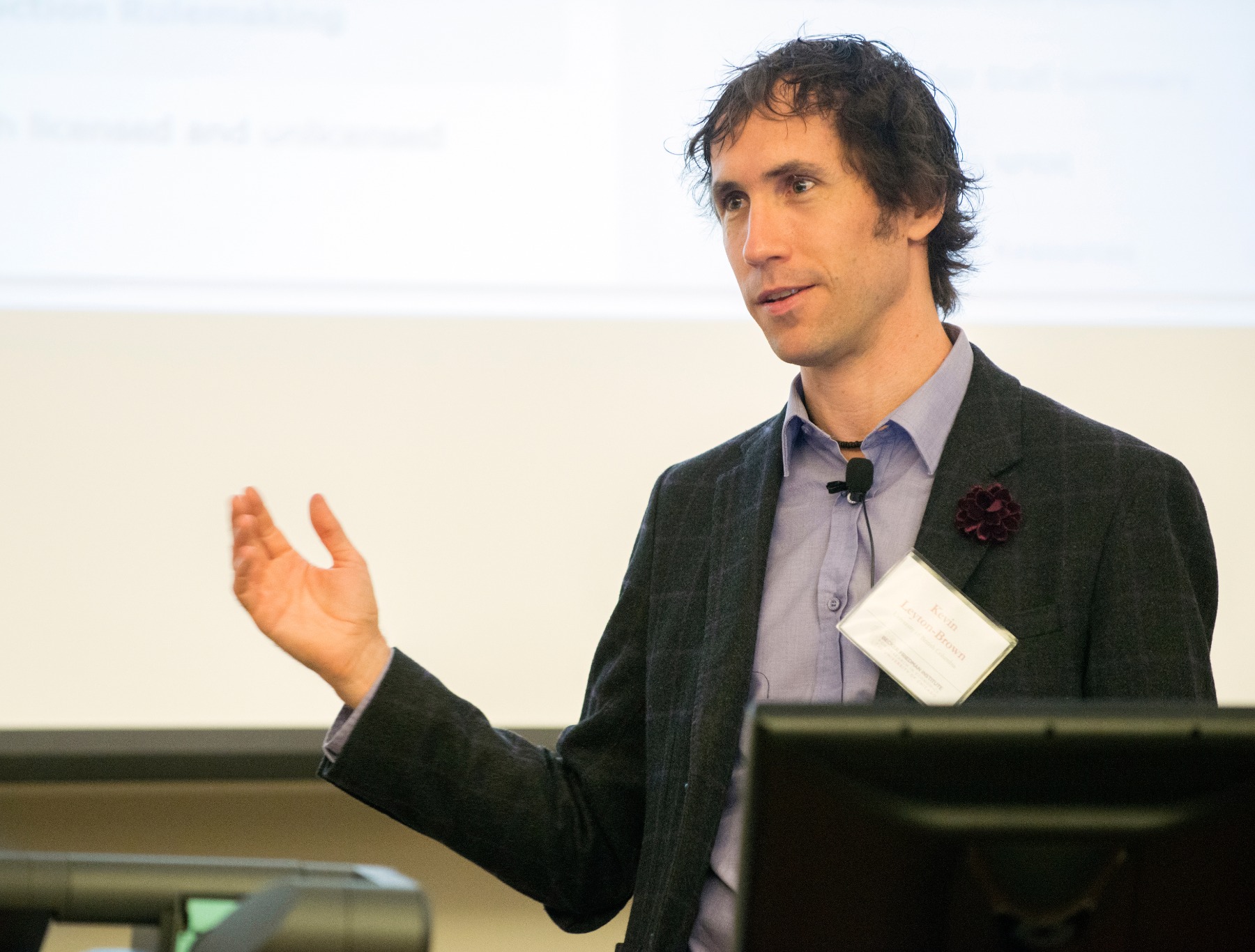 Kevin Leyton-Brown is a professor of Computer Science at the University of British Columbia and an associate member of the Vancouver School of Economics. He holds a PhD and M.Sc. from Stanford University (2003; 2001) and a B.Sc. from McMaster University (1998). He studies the intersection of computer science and microeconomics, addressing computational problems in economic contexts and incentive issues in multiagent systems. He also applies machine learning to various problems in artificial intelligence, notably the automated design and analysis of algorithms for solving hard computational problems.

He has co-written two books, “Multiagent Systems” and “Essentials of Game Theory,” and over 100 peer-refereed technical articles; his work has received over 11,000 citations and an h-index of 41. He is an Fellowof the Association for the Advancement of Artificial Intelligence (AAAI; elected 2018). He was a member of a team that won the 2018 INFORMS Franz Edelman Award for Achievement in Advanced Analytics, Operations Research and Management Science, described as “the leading O.R. and analytics award in the industry.” This award recognizes a “completed, practical application that had significant, verifiable and quantifiable impact on the performance of [a] client organization,” in his case the Federal Communications Commission. Leyton-Brown also received UBC’s 2015 Charles A. McDowell Award for Excellence in Research, a 2014 NSERC E.W.R. Steacie Memorial Fellowship—previously given to a computer scientist only 10 times since its establishment in 1965—and a 2013 Outstanding Young Computer Science Researcher Prizefrom the Canadian Association of Computer Science. He and his coauthors have received paper awards fromJAIR, ACM-EC, AAMAS and LION, and numerous medals for the portfolio-based SAT solver SATzilla atinternational SAT solver competitions (2003–15).

He has co-taught two Coursera courses on “Game Theory” to over 700,000 students (and counting!), and has received awards for his teaching at UBC—notably, a 2013/14 Killam Teaching Prize. He is chair of the ACM Special Interest Group on Electronic Commerce, which runs the annual Economics & Computation conference. He has served as an associate editor for the Artificial Intelligence Journal (AIJ), the Journal of Artificial Intelligence Research (JAIR), ACM Transactions on Economics and Computation (ACM-TEAC), and AI Access; and was program chair for the ACM Conference on Electronic Commerce (ACM-EC) in 2012.

He currently advises Auctionomics, AI21, and Qudos. He is a co-founder of Kudu.ug and Meta-Algorithmic Technologies. He was scientific advisor to UBC spinoff Zite until it was acquired by CNN in 2011. His past consulting has included work for Zynga, Trading Dynamics, Ariba, and Cariocas.