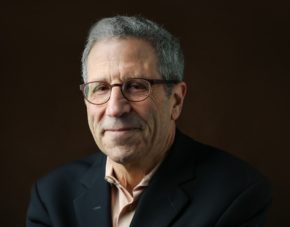 Eric Maskin is the Adams University Professor and Professor of Economics and Mathematics at Harvard. He has made contributions to game theory, contract theory, social choice theory, political economy, and other areas of economics.

He is a member of the National Academy of Sciences, and a fellow of the Econometric Society, the American Academy of Arts and Sciences, the British Academy, the European Economic Association, the Royal Spanish Academy of Economics and Finance, the Society for Economic Measurement, and the Society for the Advancement of Economic Theory. He is an honorary fellow of St John’s College, Cambridge, Jesus College, Cambridge, and the Royal European Academy of Doctors. He is an honorary professor of fifteen universities and the recipient of sixteen honorary doctorates. Among other prizes, he has received the Kempe Award in environmental economics (with P. Dasgupta), the EFR-Business Week Award, the Grande Médaille from both the cities of Marseille and Toulouse, the Harvard Centennial Medal, the Medal of Honor from the Congress of Peru, the Cristóbal Gabarrón Foundation International Award in Economics, the Louise Blouin Foundation Award, the Jean-Jacques Laffont Prize, the James Joyce Award from University College, Dublin, and the Nobel Memorial Prize (with L. Hurwicz and R. Myerson).